From the viewpoint of the outside "help", they often are urged to help based on the media or false expectations of a place or project. The drive to serve often can be to say they helped, without the actual knowledge or research ahead of time. Due to this, the outside help provides resources and people to fix, often, a miss guided problem. The problem is usually never solved because the community is not looked at as a whole, so the issue will come back or never leave, the cycle continuously repeating. A personal example of when outside help tried to solve an issue I could of done myself was in high school. After having received a poor grade on an assignment my dad called the teacher to discuss it, instead of talking to me. Since, he tried to help, or "solve" my problem himself the problem was not solved. Instead the teacher and my dad discussed myself, without actually considering or asking me. Although he tried to help, he was unsuccessful, where if he had talked to me directly then the problem was easily fixable. 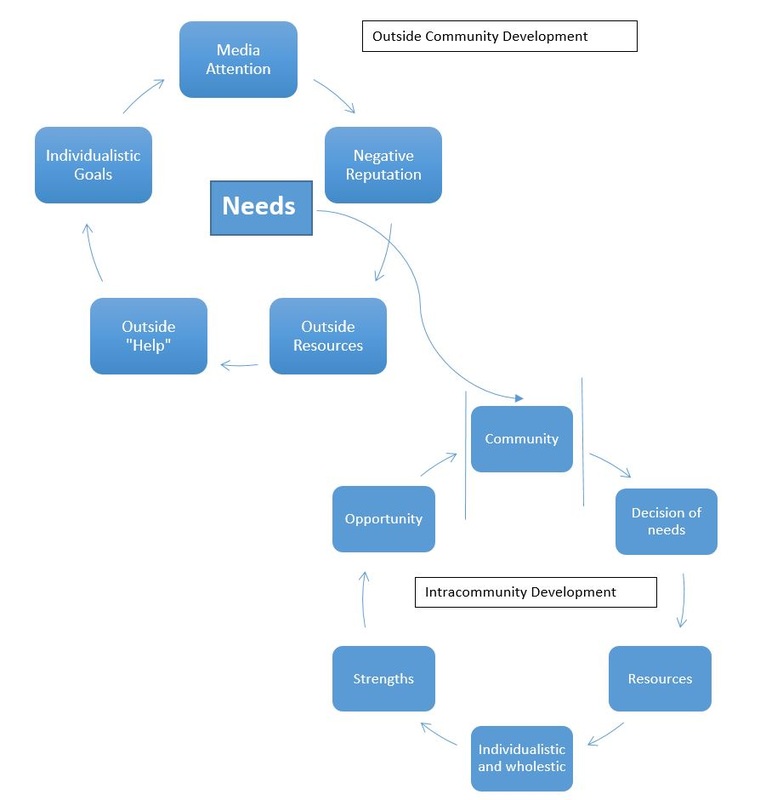